Buyers are taking advantage of the opportunity to move up and buy into the townhouse and detached home market with their price decreases in the last 2 years.

Active Listings are at 15,037 for month end (up 17 per cent compared to July 2018) and after listing expiries at month’s end, there were only 14,469 active listings to start August. This was a much more significant drop in listings at the end of July than we’ve seen after the through the month of July for the last 10 years. Over the last 25 years the number of new listings in the last 6 months of the year has been 30 to 35 per cent less than the number of new listings in the first half of the year – so expect the active listing count to drop even further.  Buyers will need to be decisive to take advantage of buyer market conditions.

The mix of supply currently has 10,000 active listings priced at $1M are more – leaving less than 4,700 active listings priced below $1M in Greater Vancouver. Looking at 13,576 sales in the first 7 months of 2019, there have been only 347 sales above $3M; 672 sales between $2m to $3M; 3,382 sales between $1M to $2M and 9,018 sales below $1M. The competition is clearly in the least suppled range of homes, yet this is not the focus of policy for all levels of government. The provincial government is intent on focusing policy on the least active segment of the market by trying to control that demand. Which begs the question, how are they making housing more affordable by not focusing on the supply of the lower end of the market? 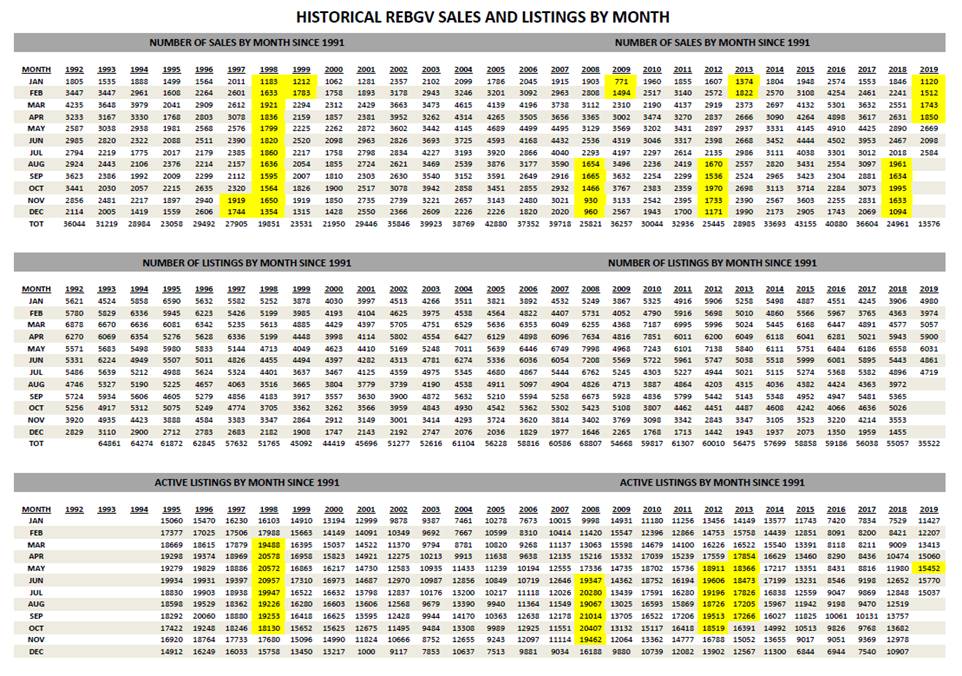